You and Josh were great at Crisis Camp a week ago...could i ask you a few questions about information handling and storage? 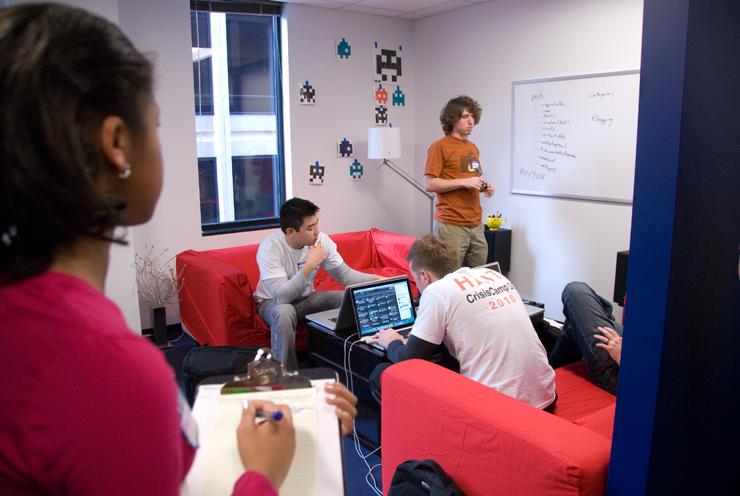 In the wake of the devastating 7.0-magnitude earthquake in Haiti Tuesday, many concerned government, NGO and private sector technology folks from diverse organizations are mobilizing to help.

I’m especially proud of the fact that some of my friends and colleagues from the Crisis Camp community are leading the charge.

If you are a humanitarian assistance, international development, emergency response or other professional who is… Continue

There will be needs in Haiti. How can CrisisCamp family help? 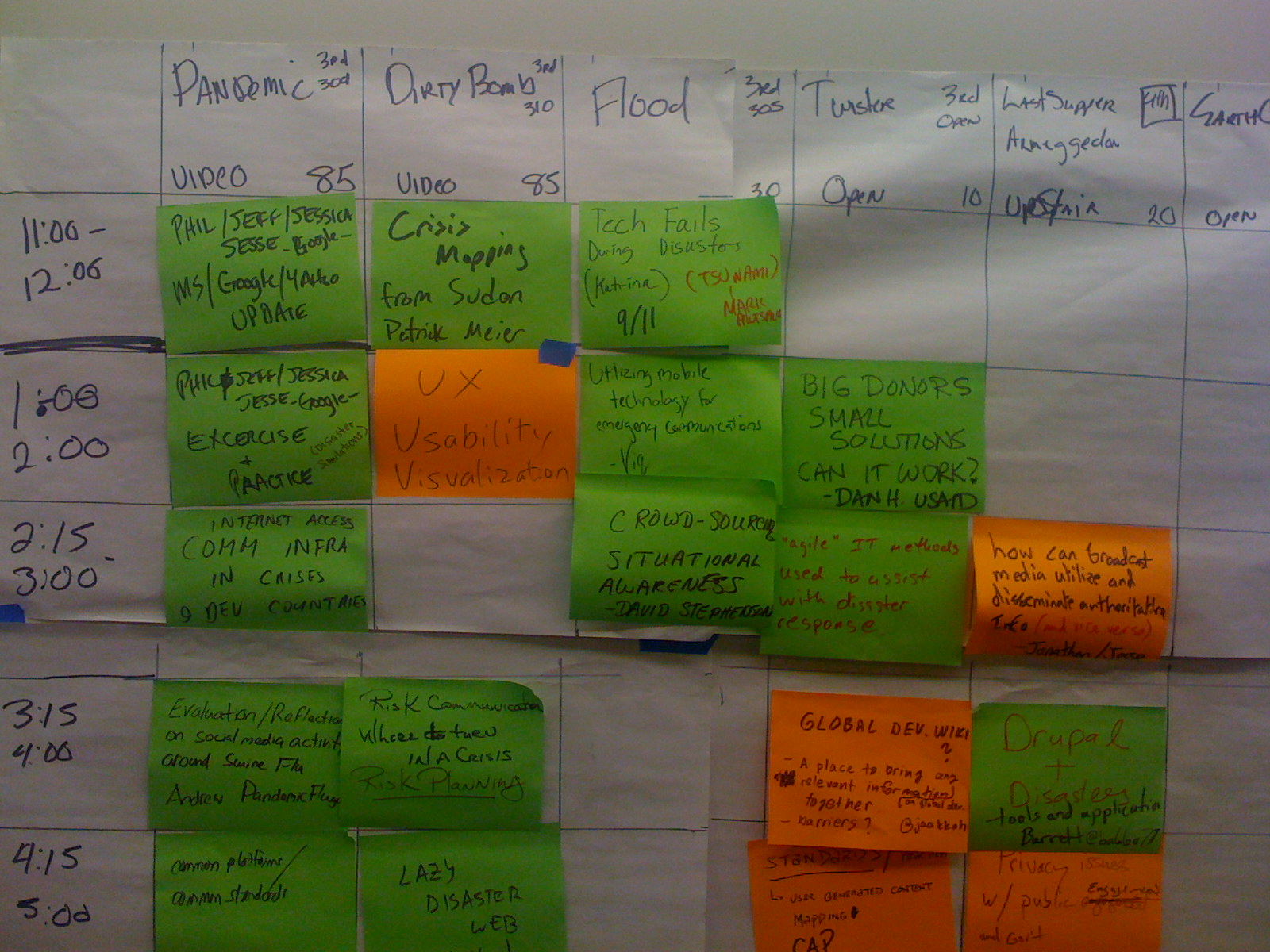 We are planning a trip to an area next fall for a family reunion. This is an area that is typically a high hurricane risk area that time of year. I was wondering if I should get a Travel insurance quote to cover me just in case. Do any of you know a good company to use?

Schedule for the Fall of Camps!

(The full text of this excerpted blog post appears on Mike Russell's blog at: blog.planetrussell.net)

As the Commonwealth of Pennsylvania heads into the 60th day of its marathon state budget impasse, that's… Continue

CrisisCampDC Meet Up! This Saturday - Aug 22 - 11am - Whitlows on Wilson

CrisisCampDC Meetup - Saturday, August 22 at 11am at Whitlows on
Wilson (2854 Wilson Blvd, Arlington VA). We really need some help in
working with the new camps, moving the concept of a CrisisCommons
forward and discussing the upcoming Hackathon in November.

Hope to see you there!

Just a reminder - we are meeting at Fortius One at 4:30 tomorrow to
follow up on the Hackathon discussion.

Let me know if you are coming so we can expect you -
crisiscommons@gmail.com

I've shared a document with you called "CrisisCamp Hackathon":
http://spreadsheets.google.com/ccc?key=rpOGvCnSIUAy9J7j50Gc5fw&inv=poplifegirl@gmail.com

June 14, 2009
12:49 am younghahn: #crisiscamp
3:27 am xpeditenetwork: Ready for day two of #crisiscamp. No disaster is too great for us (unless we run out of coffee)
5:27 am svenburg: @vladvino thanks Vlad! Camping day # 2 today. #crisiscamp
6:03 am kgfreeman: Running late to #crisiscamp, but because the metro is running late this time
6:10 am NoelDickover: RT @spara - Head full from #crisiscamp, watching Terminator Salvation to see if I can apply lessons… Continue

The importance of "GPS Coordinates"
"The SOC should consider including the GPS coordinates of key locations (including reception centers, command centers, fuel points, etc.) in communications."

(One can bet there were many more similar lessons from the 2008 hurricane season.)

Will there be a shared site for hosting the Ignite Session Presentations or should we contact the individual presenters to request a copy of the .PPTs?

I'd be very interested in reviewing them and getting the most out of the work that was put into them.

Where to we go from here?

By @silona: Crisiscamp was big fun but now my brain is full of interesting projects.

By @johndsoloman Postcard From This Weekend’s “CrisisCamp”: No Swimming, Hiking Or S’Mores, But Progress On… Continue

CrisisCamp was just a simple idea. How can technology help people who are experiencing crisis?

We tweeted the idea. You showed up, you organized, you talked about zombies and elephants. Coffee was on tap, pizza was consumed. Ideas were created. Approaches were considered. Relationships were created (or reestablished).

All of this was because you. Take a good look at CrisisCommons.org - this movement is what we make of it.

Its up to each one of us!… Continue

In terms of getting the right message out for making CrisisCamp go viral, we're working on this messaging spreadsheet:

Gimme your email if you want edit rights and I'll add you.

Preparedness for Earthquake Season - A Common Language of Location

While often times a year or more is spent planning for special events, and even hurricanes can provide a few days advance notice, there are many other human caused or natural hazards where all response and recovery assets will need to be on “the same map sheet of music” (to borrow from former FEMA director James Lee Witt’s Feb. 2002 White Paper), day one, hour one and beyond if we are to best… Continue

Only 38 tickets left to CrisisCamp DC!

CrisisCamp DC is part of a global movement who is bringing together volunteers, academia, non-profits, companies and government officials to share best practices and lessons learned to advocate for further use of technology and telecommunications to assist citizens and communities during crisis.

Founded in March 2009 through an impromptu Tweetup at the Government 2.0 Camp, a small band of idealists and innovators gathered together to discuss the idea of a creating a common community… Continue